"Wicked" Awesome Night At The Theatre!

Let me start this with a spoiler alert in case you've never seen this show and want surprised.  It's been out since 2003, so I am probably the only holdout.  There were always other popular shows to attend when I was in New York and I just never got to it.  I think in the back of my mind I thought it would somehow ruin "The Wizard of Oz."  I'm pleased to report it didn't. 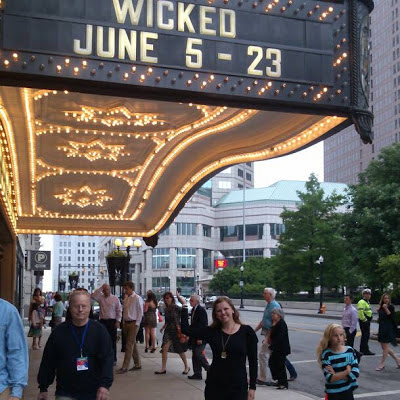 Audra under the marqee.  She played "Glinda" in 4th grade and has always loved "The Wizard of Oz."

I was a disappointed that the best tickets I could get for any show were always orchestra far stage right. Apparently the folks that subscribe to season passes get the good ones, which is as it should be, I suppose.  It was kinda nice to be on the end of the aisle with a curtain as it had more room and felt sort of like a box if you used your imagination.  The theatre was full on a Thursday night.

Audra's french horn instructor was in the pit, so Audra went down for a couple minutes to visit before the show.  That would be a dream job for her!  We loved the music and I was surprised later to read (couldn't see the play with my glasses, couldn't read the Playbill without!) that John Davidson played the Wizard.  That was the only name I knew, but they all did well.  Of course I now hum bits of the songs all the time, which is annoying to some folks.... The show is full of twists and there are several funny parts.  I love a good "turn of phrase" and there were many if you paid attention that referenced the "Wizard of Oz" without ruining it.  Glinda was having wand lessons and couldn't get any spells to work and says "Is this thing turned on?"  When Glinda was talking about transportation issues, Elphaba (aka "Wicked Witch of the West) said "Well, not everyone can come and go by bubble."  I also think I heard a reference to it's not easy being green....

If the "Wicked" tour is hitting a nearby town, I would highly recommend it.

Until next time, here are a couple of internet funnies you may have seen, or not: 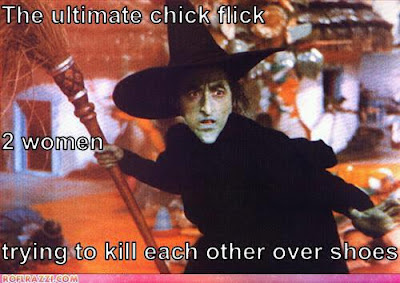 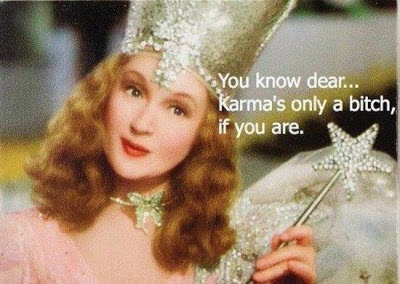 I'm sure that has to be a fun one to see as a play.
Cher Sunray Gardens
Goldenray Yorkies