Thanks For The Memories Barbie! 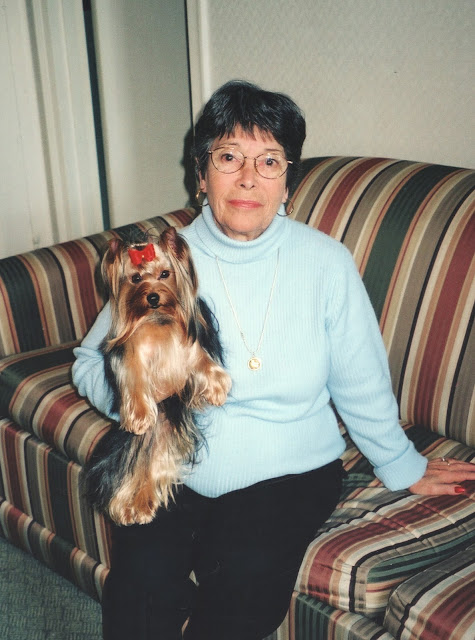 Barb with CH. Anderleigh The Patriot (Patrick) circa 2002.  He is the only yorkie left in the home and is a buddy to her husband Frank.


On July 30th we celebrated the life of Barbara R. Alexander--an awesome lady, my second mom & "adopted grandma" to my children, as well a longtime Yorkshire Terrier breeder/exhibitor (with a Chin sprinkled in for good measure.)

I was given the honor of giving her eulogy and would like to share it with those who were unable to make it to the service.  I know she will be on the AKC Delegate's "In Memoriam" screen the next session and a tribute by our local kennel club (Central Ohio KC) but if anyone knows of others, please let me know so I can tell the family about it.


I hope you are able to spend some time thinking about Barbara, your good times and what she meant to you.  For me, she was a second mom, the dearest of friends, travelling buddy, mentor and confidant.  I loved her very much and will always cherish our 30 years together.
Love,
Gale
Posted by The Darby Creek Diaries at 10:09:00 PM