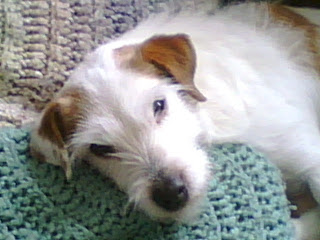 Most of you know that Ivy was our oldest Jack Russell Terrier.  She was good in the show ring, but her real notoriety was as a top-notch working terrier.  She was considered one of the greatest in No. America and the Brits respected her as well.  Mark once bet a million dollars on a hunt that Ivy would find quarry first and in less that five minutes.  She did, but of course Mark never did get the check.  She had a JRTCA Bronze Medallion with four quarry:  Groundhog, Possum, Raccoon and Red Fox.  She was nine pounds, but could suffocate a 25 pound coon or hog no problem.  She had lived more than nine lives, that's for sure.  Her nose was crooked from being taken off by a groundhog and had to be glued on.

Ivy was her own dog.  She hated being penned with a passion and would escape whenever there was an opportunity.  Many a time we had to track her down, usually with Karma, the idiot JRT who just joins in.  As a puppy we were told by our vet she had a substantial heart murmur and she would likely not live long, especially if worked or stressed.  Well, she was both and also had two litters of puppies, but would've been 16 years old this November. 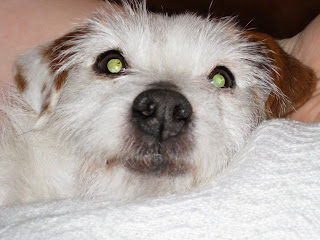 Mark called her a "fickly little dog" because she would only mind if it suited her and she could be impossible to catch or corner.  She was much more clever than most dogs in that respect.  However, she had one achilles heel and that was being terrified of thunderstorms.  She would panic in advance and crawl under the laundry closet overhang in the garage or sneak into the house and get under our bed.  You couldn't get her out.  Only Taylor had that magic power.  She loved him and was only a few weeks younger than him.

The last several years she was pretty crippled in the rear (nobody told her she had straight stifles and she would run anyway.)  So, she gradually was allowed to sleep in nice weather on our front porch loveseat.  We always left the garage door up a foot for her.  She would spend her days there, except for when she had her "chores" ("Must visit UPS guy, mailman, FedEx drivers for they have cookies.  Must run laps around trapped dogs in fenced yard to show them I'm special.  Must circle chicken pen to let them know who rules the roost.  Must greet everyone by making them stop halfway up the drive, then not really moving out from in front of the car.  Must race to end of driveway when I hear dad's diesel truck and beat him back to the garage--only cheat and cut the corner.") 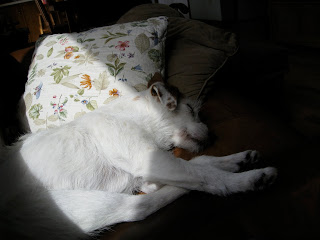 The weird thing is we've had several dog fights involving the JRTs, but none involving Ivy.  Don't know how she did it, she was the weakest physically, but nobody ever messed with her.  She was a wiley critter.  She hated getting groomed and mostly got away with it.  Her microchip must've made her sore.  Her neck was always tender.

I say this in the past tense, because Mark came home Tuesday and by Tuesday night we couldn't find her.  Have looked everywhere and turned her in to the dog warden and shelter.  We've always been able to go to her haunts, but not this time.  There was a big storm that night and another the next night.  Mark thinks she went off to die.  I think she panicked in the storm and took off when nobody had put the door up after letting in Tucker.  Then I think she either got lost, stuck or something got her like a coyote.  Maybe someone took her in, but they didn't report it.  She's cute and little, so it's possible. 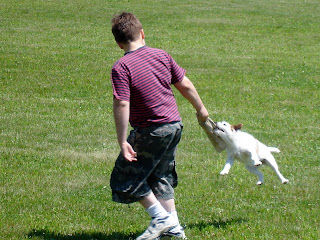 But though we keep looking, it doesn't look good.  We have to assume the worst this time.  It's really hard without closure, but we have to accept it.

Happy Hunting Ivy, we miss you! 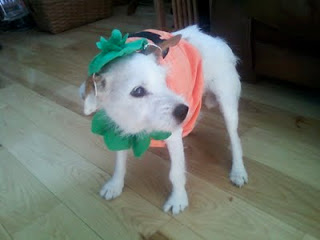 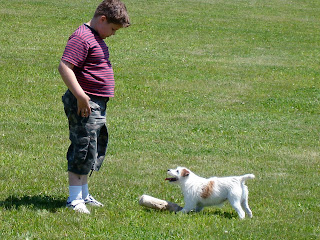 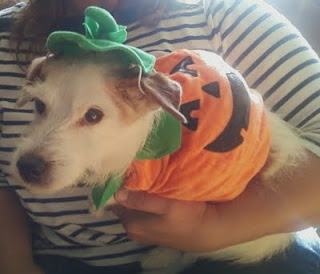 oh, no! Poor Ivy! What a beautiful story you've posted-so much love for your wonderful dog. I truly do hope she will come back to you and spend many more happy years with you.
I have recently lost a working dog and she took a piece of my heart with her.
Please keep us posted about Ivy.

Thank you. I will let you know if we ever find out anything. Take care, Gale

I'm so sorry. My Poppy is 13. She is so spoiled. Has bad knees like me. It breaks my heart. I so hope she comes home. We lost a little indoor cat once for two months, but she found her way home.

So sorry Gale. I will hope for the best for her also.
Cher Sunray Gardens
Goldenray Yorkies

I keep thinking about Ivy, hoping for the best...any news??