Election Post-Mortem: Elation and "Much Ado About Nothing?"

(Welcome!  If you are new to The 'Creek, be sure to check out a variety of posts at the Index By Topic in the upper right corner!  Also there is a 2016 post! Enjoy!) 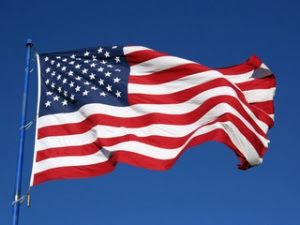 I stood with the millions of Americans (and children crying on You-Tube) begging for an end to the election.  It couldn't come soon enough.  Tonight is (almost) as exciting as Christmas Eve except I'm not staying up late and I know that the gift will be peace (if not on Earth, at least on the airwaves, phones, internet (especially Facebook) and in my mailbox.)  I got rid of my landline and the house was blissfully quiet after that.  But, at the end of the day, all of the notable races ended up with the incumbents winning, so why did we bother?  I'm hoping it was at least a wake up call for them that they had better get on the ball!  I fear it will just wind up being the status quo.

I am deeply grateful to have a DVR, which I use to zip through the commercials, but there were so many that even fast forwarding them I still was overwhelmed.  It seems they start advertising earlier every election.  By the time they've torn each other apart, I know (if it's even true) way more than I care to know and am not sure any of them will be any count.  Aside from the presidential race, we in Ohio had a nasty U. S. Senate race.    As you may have heard a few million times, Ohio was the biggest "jewel" in the race crown, so we were bombarded with campaign stops, commercials, calls, etc.  NBC news reported there were 40,129 (presidential only) TV ads in Ohio since October 1st.  Talk about "battleground fatigue!"  Apparently both sides had a lot of money.

Speaking of which, NBC reported that Obama and Romney's camps spent around $900 million.  Well, apparently someone in this economy has money!  Those who wax poetic about how awful that is and that the money would've gone so far to help the poor, yada yada... Number 1--That money wouldn't have gone there anyway.  There's not a default mechanism for that in campaign spending that I know of.

Number 2--The money spent could be thought of as an economic boost to several industries such as food, lodging (candidates, staff, reporters), transportation, broadcast stations advertising income, printers for all of the propaganda and so on...

BTW, Obama did nothing wrong by using Air Force One to get around the campaign trail.  That is a presidential perk that every one of them has used and it's a perfectly legal benefit for the incumbent (perhaps annoyingly expensive to the taxpayers.)  Who really wants that job anyway?  They all (except Reagan and Bush #41) were young-looking in the beginning, then gray-haired by the end of their terms!  (Bush #41 and Reagan started out old, only Reagan must have had a huge supply of hair dye:)

I am impressed that so many folks went out and voted.  Many, many have died for that right and it is our duty to participate.  In my precinct there were lots of people, but no wait.  It went very smoothly.

Well, off of my red, white and blue soapbox.  I now look forward to endless holiday ads to replace the campaign ones....

It did get a little much here in Ohio and I think that's the way it will always be for us here. I do agree that airforce one is for the President. I mean really he can't just get on a commercial airline. :) Part of our President's duty is to rerun when they can. Every single one of them have done the exact same thing.
Cher Sunray Gardens
Goldenray Yorkie Puppies

Catching up on your blog. Yes, thank goodness all the political hoopla is over. My son had this bewildered look during the weeks prior to the election: why is Ohio so important, mom?

I had to give him the obvious answer....why, because I live here of course. :-)

Now we can go back to corruption and Big Money per usual..... :-0
Sue
www.sunnyhawklane.blogspot.com