Hello all!  If you don't know my family you probably can skip this post--unless you are interested in the cutting edge, extreme, wild, fun, thrilling, glamorous, fascinating, extraordinary lives we lead here in Cental Ohio! If you believe this and read on, you must be really bored... 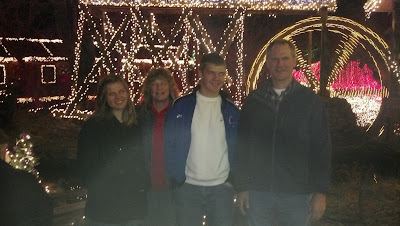 Mark, Gale, Audra and Taylor hope this finds you happy and in good health.  This year went pretty well.  We certainly have a lot to be thankful for!  Nothing much bad happened to report and that is wonderful!


I want to keep this short and sweet, so here are the "highlights."

MARK-  He got himself a 1918 Mack truck fixer upper and sold most of his other stuff.  (Somehow the barn is still full???)  He has spent most of the year working out of state, so not a lot of time to do much else.  He is this year's Steam Thresher club president. 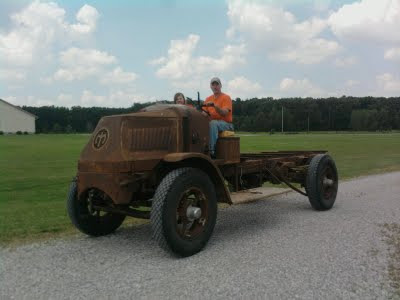 Audra and Mark on his 1918 Mack Truck
GALE-  She turned the big 5-0 this year.  She's been enjoying two yoga classes a week and has met many new friends through it.  She is still crafting, but this year added chickens as another hobby, one that at least provides good eggs (sometimes!)  They are funny little critters.  The other hobby addition was this blog, which she enjoys a lot!  The response has been pleasingly positive so far...

Gale with lifelong friends at Audra's Graduation Party.  L to R:  Julie Snyder, me, Carole Kincaid and Tami Horton
AUDRA-  She graduated high school with honors last Spring.  After a somewhat confusing start (mostly regarding living arrangements) she has settled into college life at Ohio Wesleyan, where she has a nice scholarship to play the french horn.  We see her often as she's only a half an hour away.  She has made many new friends and has learned a lot about being on "her own." 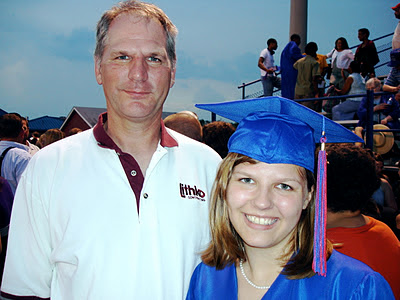 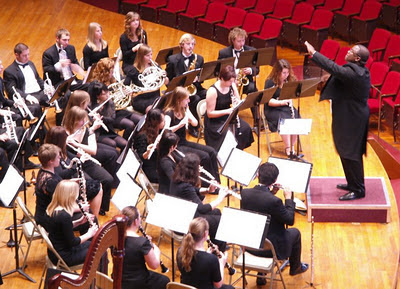 Audra playing the French Horn (the one on the right) with the Ohio Wesleyan University Wind Ensemble
TAYLOR-  It has also been a big year for him as he's nearly finished with his driver's education.  He enjoys playing sousaphone/tuba in the band and is in the highest level of the winter bands.  He plays sax for jazz music and also has taken up banjo as well as the electric guitar.  He has been involved with the school robotic's club and chess club. (Things his parents know nothing about!)  He is nearly ready to take his Shaolin Kung Fu red belt test.  The next belt is black. 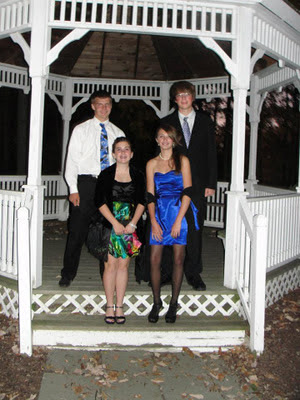 Taylor with his date and friends before Homecoming Dance 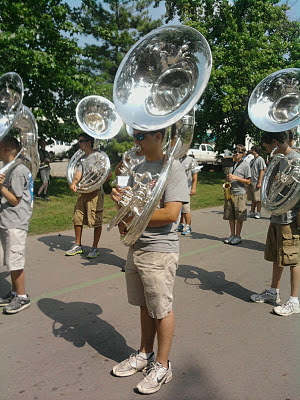 Getting ready to start the sweltering Ohio State Fair Parade
That's pretty much it, if you haven't been following the blog, you might not have heard about the 45 day disappearance/reappearance of 16 year old Ivy, Jack Russell as well as the passing of 14 year old Tucker, the same day she returned.  Long story...if you are interested, there is a previous blog post all about it.

From all of us here at the Thompson home, we wish you a Merry Christmas, and a wonderful New Year!

That was Awesome Gale! Wishing you and your family a Wonderful Blessed Christmas!